A deduction is allowable if you can show that an expense:

You must, in the first instance, be able to show that work-related expenses were incurred in the course of gaining or producing assessable income, and are not losses or outgoings that are of a capital, private or domestic nature.

For an expense to be allowable as a deduction, you must be able to show:

You must have written evidence to prove your claims if the total claims exceed $300. The records must prove the total amount, not just the amount over $300.

The $300 limit does not apply to claims for car expenses, meal allowance, award transport payments allowance, or travel allowance expenses. There are specific requirement rules in the form of written evidence for substantiating these types of expenses.

What is written evidence?

The documentation must be in English unless the expense was incurred outside Australia.

a document from the supplier of the goods or services that shows the:

Another document or combination of documents containing the information listed above; examples include:

evidence recorded by you:

You do not need written evidence but the ATO may request information as to how the claim was evaluated.  They may also request an explanation as to why you believe the claim is reasonable, based on the parameters of your occupation. You can make reasonable estimates.

Specific exclusions from record-keeping or substantiation requirements are available for certain work expenses. These include:

How long to keep records

You need to keep written evidence for five years from the due date for lodgment of the tax return in which the deduction is claimed. If the return is lodged after the due date, the five years start from this later date. If you are involved in a dispute with the ATO in relation to a deduction claimed in your tax return after the five years has ended, the relevant records must be kept until the dispute is resolved.

If you have claimed a deduction for decline in value, written evidence must be kept for five years from the date of your last claim for decline in value. This period is extended if, after the end of the five year period, you are involved in a dispute with the ATO that relates to a depreciating asset. 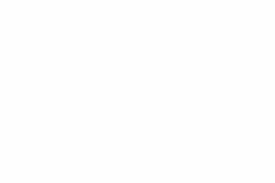